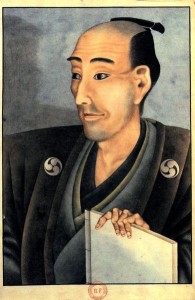 Today I’m doing something  I hope to do even more in the future; hosting a guest author!

Not just any author, the talented Susan Spann, here to talk about her debut novel The Claws of the Cat, the first in her Shinobi Mysteries series. Why have I ventured out of my comfortable historical-cosmetics zone, you ask? Because Susan is special. We met in San Diego at the Historical Novel Society Conference in 2011, becoming instant friends and later writing group partners. As writers go, she is the real deal. The kind of writer who isn’t comfortable unless she writes every day, the disciplined kind who can focus on nothing but writing until she types “the end,” the talented kind who’s prose is always tight and fast paced. And, if my predictions prove correct, the kind of writer who will end up on bestseller lists everywhere. The book released July 16 and, based on reviews and early sales, she’s already off to a great start!

1) Susan, tell us about Claws of the Cat.

The inspiration for the series came as a single, unexpected thought: “Most ninjas commit murders, but Hiro Hattori solves them.”

Claws of the Cat is the first installment of the Shinobi Mystery Series featuring shinobi (an alternate word for ninja) detective Hiro Hattori and his Portuguese Jesuit sidekick, Father Mateo. Here’s the scoop:

Kyoto, 1565: When a samurai is brutally murdered in a Kyoto teahouse, master ninja Hiro Hattori has no desire to get involved. But the beautiful entertainer accused of the crime enlists the help of Father Mateo, the Portuguese Jesuit priest who Hiro is sworn to protect, leaving the master shinobi with just three days to find the killer and save the girl and the priest from the dead mans vengeful son.

The investigation plunges Hiro and Father Mateo into the dangerous waters of Kyotos floating world, where they quickly learn that everyone from the elusive teahouse owner to the dead man’s dishonored brother has a motive to keep the samurais death a mystery. A rare murder weapon favored by ninja assassins, a female samurai warrior, and a hidden affair leave Hiro with too many suspects and far too little time. Hiro must use his ninja skills in a secret mission designed to reveal the assassins identity and save the Jesuit from execution. But the mission uncovers a host of secrets that threaten not only Father Mateo and the teahouse, but the very future of Japan.

2) You studied Japanese history and culture in college. Can you tell me something about how you became interested in Japanese Studies?

My interest in Japanese culture sprang from a book I never read. My seventh grade history syllabus included a book called Through Japanese Eyes, which we were supposed to study at the end of the second semester. The class ran long, and we never got to read Through Japanese Eyes, but the title haunted me for years, along with the idea that I could study a culture by trying to see “through the eyes” of its own people.

When I started college, I immersed myself in the history, culture, and languages of China and Japan. My studies focused on the Warring States period in China and on medieval Japan – the period when the shoguns “ruled” the country. The more I learned about Japan, the more its dangerous history and vivid culture drew me in. I’m delighted that my novels allow me to share, and expand on, this lifelong fascination.

3) I’m ashamed to admit I know little about Japanese history. But because of research I did on the Portuguese enfanta Catherine of Braganza (a supporting character in my novel Girl on the Golden Coin), I know Portugal was the first western nation able to enter serious trade with Japan. Father Mateo, the Portuguese priest in Claws of the Cat, is apparently ministering in Japan while his merchant buddies do some local business. This is a significant moment in world history, and I suspect a lot is going on behind the scenes that you haven’t elaborated yet. Can you talk about it more without giving away future plot secrets?

The Portuguese first landed Japan in 1543, and Jesuit missionary activities started there in earnest in 1549. Before that, Japan had little contact with the Western world (by choice). 95 Jesuits worked in Japan between 1543 and 1600, making Father Mateo a fictitious member of a small but well-documented group.

The Shogun attempted to expel Christian missionaries from Japan in 1587, and many Japanese warlords tortured and persecuted priests during the later part of the 16th century.

The second half of the 16th century also represented the height of shinobi (ninja) activity in Japan, and a time when the shogunate changed hands with startling frequency. In fact, the second Shinobi Mystery centers around a plot to assassinate Shogun Ashikaga Yoshiteru, who did, in fact, die in June 1565.

Setting my series in a period of social and political upheaval created both a dramatic backdrop and the opportunity to weave exciting historical moments (and people) into the Shinobi novels.

4) Ok, WOW! I’m seeing lots of fodder for future novels and am even more excited for future installments. But you know I like to talk about historical cosmetics on this blog. Ladies might assume a Shinobi Murder Mystery with male protagonists lacks beautifying elements. But there are soft touches that female readers will love. Your penchant for using flowers, the elegance of a female suspect, and, my favorite, Hiro’s hair. I’m nuts about Hiro. Please elaborate on how he cares for and styles that gorgeous hair of his!

During the medieval period, most samurai men and women visited professional hairdressers at least once a week (and sometimes more!). Samurai men wore their hair long, with a shaven pate. The hair on top and at the back of the head was worn in a special folded topknot called chonmage. Although some people could fix the chonmage themselves, samurai who could afford a hairdresser usually had their hair “professionally styled” about once a week.

To prepare the chonmage, the hairdresser brushed and oiled the samurai’s hair, sometimes with expensive scented oils. Then he (hairdressing was an almost exclusively male profession during this era) fastened the hair in a tail on top of the samurai’s head and folded the tail back and forth from front to back. Once the hair was folded neatly, the hairdresser secured the folded hair with a second band (usually made from cloth or leather), creating the distinctive chonmage knot on top of the samurai’s head.

Since the knot would come undone if handled or pushed, samurai often slept with wooden “neck rests” instead of pillows, to preserve the hairstyle as long as possible.

In many ways, medieval Japanese samurai were as fussy about their hair as any modern man – or woman – might be today!

Thank you so much, Marci, for hosting me today! It was great fun to talk with you about Claws of the Cat and medieval Japan!

Thank you, Susan, it has been a pleasure! Readers, check Susan’s website for more information at http://www.susanspann.com/